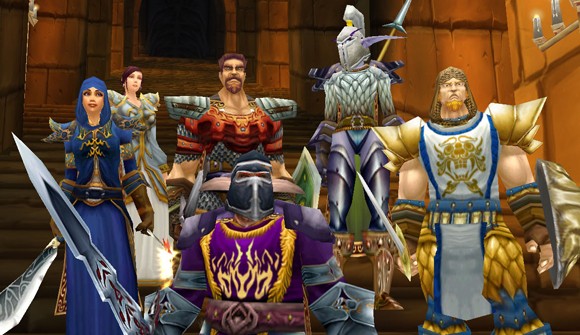 Tom Chatfield, a longtime gamer and editor at the UK current-affairs magazine Prospect, explores this topic and identifies 7 ways games reward the brain in his TED Talk earlier this year. In listening to this talk, I received my own “AHA” brain moment regarding the connections of online gaming and Scrum. Follow along and I hope to provide you some of your own “AHA” moments.

In the space below, I will present Chatfield’s 7 ways games reward the brain along with a brief description from his talk, followed by a relationship to Scrum and why Scrum can be such a powerful change agent for your organization as a critical engagement tool. As a footnote, I am not a gamer myself. I don’t play online games (except for an occasional poker game), but I do have two teenage children – enough said.

To provide a bit of context between brain rewards and engagement – you might want to pick up a book by David Rock – Your Brain at Work. Rock, founder of the NeuroLeadership Institute, has written extensively on the brain’s threat/reward system and has identified five key triggers in generating rewards in the brain which leads directly to personal motivation, drive, engagement and ownership.

Chatfield idenfies that one way online games create engagement and addiction through the use of avatar progress bars. Instead of grading people or goals incrementally in little bits and pieces, games give them one profile avatar that is constantly progressing in tiny increments toward one goal, where they own the result. While during long adventures, there are adventure progress bars which are accumulating the many small journeys and actions into a larger goal.

Scrum leverages the concept of strategic progress bar through a release burn-down chart. A release burn-down chart measures the total points required to meet a particular strategic goal, and then measures progress towards it. This is effective for goals of a quarter or year timeframe. It is this simple, yet powerful, progress bar that aligns the team and stakeholders and keeps them focused and engaged toward the strategic goal. While many organizations struggle to pull their heads out of the sprint cycle, doing so with a simple visibility chart engages the organization much more deeply.

Multiple long and short-term aims provide more direct and long-term engagement in gaming. To serve as an example, Chatfield describes a simple video game in which players open boxes to find pies. If the challenge is too hard or easy, players lose interest and leave – finding that about a 25% hit rate is critical to peak engagement. Furthermore, a single goal of 5,000 pies is boring with players disengaging, but by creating multiple short goals of 5 to 20 pies (with a peak at 15), the game keeps players interested and engaged longer. The multiple tactical goals, overlapping the larger strategic goals, is more rewarding and thus more engaging. Breaking things down into calibrated slices creates rewards.

Scrum breaks strategic release goals down into short term, tactical goals in Sprints. A sprint is a 1-4 week time box where a team focuses all of its effort on a short-term goal. These focused sprints create interest, intensity, rewards and engagement. Strategic goals are achieved through multiple short-term Sprints. And surprisingly, I find that most teams target between 5-20 points per sprint to accomplish with a peak at around 15 – just as the gaming research has found. The number one factor motivating people at work is a sense of progress – Sprints provide short-term progress which rewards the brain and keeps the organization engaged.

Games reward players for effort, not accomplishment. Everything is rewarded with small credits. Every time a player does something, they get credit. They get credit for trying, and are not punished for failure. Every little bit of effort is rewarded. It is through this continuous reward system which creates the interest to continue playing and engagement.

How often do we reward effort over results at work? This is one of the more challenging and controversial teachings in Scrum – Sprints don’t fail. Every sprint is an opportunity to learn something and it is here were leaders can find clues to constant rewards for their teams – reward effort and learning. Many leaders want to assign “success” and “failure” to meeting Sprint commitments. What we can learn through gaming is that people are more motivated and will be more engaged if they are rewarded for effort and learning. Every sprint is an adventure of new product development which has unpredictable results, punishing teams for not meeting their plans is disengaging, demoralizing and will lead to compliance, rather than innovation – of people and product. Reward effort and learning to drive engagement.

Games provide direct and constant feedback. It is through this feedback that players learn, stay interested and continue playing. It is very hard to learn a game if a player cannot link consequences to their actions. Video games provide immediate feedback on actions to teach the rules of the game and to help players learn through doing. Feedback provides understanding, learning and certainty. Feedback is brain food (or brain rewards) of cause and effect relationships. It is central to learning.

Scrum is a framework to drive feedback. It is built on an inspect and adapt cycle which generates a tremendous amount of feedback. This rapid and frequent feedback is hopefully, but not always, clear. Daily feedback from Scrum meetings, product feedback from Sprint reviews, and process and team feedback from Sprint retrospectives. Feedback can become addictive, in a positive way. Foster feedback as brain food for engaging people. Attaching negative or failure language to feedback will only serve to shut it down.

5. An element of uncertainty

Games provide a specific amount of uncertainty to drive engagement. Uncertainty is considered a neurological gold mine. While known rewards excite people, unknown or unexpected rewards light the brain on fire – the brain loves it and it wants more. People’s engagement is transformed when there is some element of uncertainty involved, especially positive uncertainty – or uncertain rewards. Games leverage a mathematical uncertainty model which doles out various rewards at various intervals.

Scrum embraces uncertainty, but is challenged to mathematically control it. Scrum was created on the basis that there is no meta-solution to problems and thus is a framework to drive out uncertainty and create learning for the right solutions to be discovered. Scrum teams find it difficult at times to find the right balance of uncertainty. Some get bogged down in flushing out all of the requirements in their backlog to eliminate uncertainty while others continuously redo work because of too much uncertainty. While games can build mathematical formulas around the right level of uncertainty to keep people engaged, in Scrum teams must inspect and adapt, and learn from our past efforts as to the right level of uncertainty to drive engagement. The bottom line is to remember that uncertainty should be embraced, not eliminated. Uncertainty is the world we live in when developing new solutions. And the brain loves it if you can find ways to create positive uncertainty.

Video games create moments of enhanced engagement to foster further learning and engagement. Consider these as engagement or learning spikes. Some games will create learning zones or game modes where players can explore without the risk of losing – think of those reward levels in between the journey levels. Through these enhanced engagement windows players build memory and confidence which creates enhanced engagement in the rest of the game. It also allows for more risk taking and exploration in the game further increasing engagement.

Chatfield indicates the biggest turn-on for gaming players is interacting with other players. More so than money, collaborating with others through games creates rewards. Players motivate each other, take leadership or support other leaders in advancing their progress and status in the game. It is through these collaboration efforts which provide them more abilities to reach targets that they could not achieve on their own.

Scrum is the only process framework (agile or non-agile) which was developed around the team. The word Scrum comes from a team-based approach in Rugby. Scrum is the team. It is through this collaboration of different roles with different experiences and different expertise which drives focus, productivity, interest and engagement. We might believe that technical people (people that build products) chose their trade because they interact with computers better than they do with other people. However, the brain is wired to measure relative status with others and knowing our peers better creates more rewards for our brains. Creating small, focused, dedicated teams is a principle driver in engaging people at work.

If you want people in your organization to be addicted to their work and to the goals of the organization, create an environment that activates their brain’s reward system. Create an online gaming environment with a progress bar, short-term goals, where effort and learning is rewarded, feedback is constant and positive, uncertainty is embraced, where windows of enhanced engagement flourish, and teams are at the center of the organization. This is how Scrum creates engagement and addiction within organizations.

A final interesting note – one way to spice up your release goals is to take an idea from gaming and change your story points to something more engaging – Dragon Kill Points. I am very supportive of relative pointing systems, but It is time to come up with points that transform the organization and transform engagement of people working on the goals of our programs. Consider creating points which represent your team’s goals. If you are reducing costs of services in an IT project – use Cost Kill Points. If you are releasing a new social network release for your product, create Social Status Points. Be creative and have fun with them.