Leadership Burn Out – Tale As Old As Time 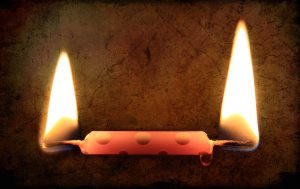 If there’s one problem that is common among all the leaders I have coached and worked with, it’s burn out. There never seem to be enough hours in the day for all the strategy meetings, the 1:1s, the hallway conversations, the emergencies. And each stop along the way generates a score of actions that need to be followed up on, usually at night or on the weekend. Leaders know they need to delegate, but there isn’t even time to do that. And honestly, most of the time, they feel that the time it would take to get someone else to do it would be longer than just doing it themselves.

This leadership trap is a cycle that ensnares leaders every day, in every company. It comes from a place of wanting to do the right thing, wanting to help and lead. But it puts us on a path to disabling the people around us and burning us out. We do it to ourselves!

Telling a leader this is like telling a smoker that cigarettes are bad for them – they know better than anyone else that these behaviors are killing them. But the cycle is very hard to break.

Countless books and articles have been written on this subject. Endless coaching hours have been dedicated to helping leaders escape the trap. And yet here we are. I’ve often wondered if this is a problem of modern society. Of modern work environments and scale.

It turns out, the problem of leadership burn out is a tale as old as time.

I had the pleasure of attending a beautiful Rosh Hashanah service at the Denver Botanic Gardens last week. If you aren’t familiar with Jewish services, there is a reading of a portion of the Torah. I was delighted and humbled by the portion read this time – wisdom shared 2500+ years ago. I’ll let Jethro, Moses’s father-in-law, take it from here.

Moses replied to his father-in-law, “It’s because the people come to me to ask for help from the Divine. When they have a dispute, they come to me. I mediate and decide between people, based on the teachings and guidelines from the Divine.”

But Moses’ father-in-law said, “What you’re doing is not right. You’re going to burn out, and wear these people out too. This job is too heavy, you can’t do it all by yourself. Now listen to me, and take my advice, and the Divine will be with you. You represent the people before the Source, you bring those disputes to the Divine and convey the guidelines and teachings to the people, so they know how to act in the world and be connected to each other.”

“You also need to find qualified, trustworthy people who have deep connection to Source, and demonstrate integrity. Enlist these people as the leaders of thousands, hundreds, fifties, and tens, and let them judge with the people. Have them bring every major dispute to you, but let them decide minor conflicts themselves. Make it easier for yourself by letting them share the burden of responsibility with you. If you do this, and the Divine is asking you to do so, you’ll be able to lead more effectively, and all these people will be more peaceful too.”